Is the popular Cellucor C4 preworkout safe and cost effective?

More and more people are buying into this preworkout supplement, however I don’t think they are aware of the potential risks involved.  You certainly wont find all of them written on the product’s label.  And finally, is this product over-priced?

What am I talking about?

Let’s see what kind of punch C4 Preworkout is packing.

Here are the ingredients. 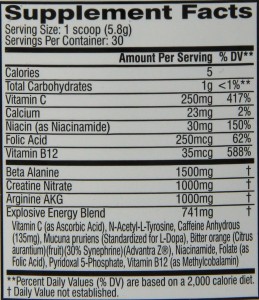 What is beta alanine?  It is the rate-limiting precursor to carnosine.  This is a legit supplement.  It is shown to increase carnosine stores in the muscles. Carnosine increases endurance through lactic acid buffering, helping you bust out a couple more reps and pack on lean mass.

It is mostly shown to help when doing higher reps, and isn’t too influential in the lower rep range.  If too much is taken at once it can cause a harmless, yet uncomfortable tingling sensation known as parasthesia.  This can be avoided by taking smaller amounts throughout the day instead of taking it all at once(source).

This Bulk Beta Alanine is a good option(With this bulk powder you could do the max dosage of 5,000mg for 100 days(~3 months) for a total cost of $6/month!).  Beta Alanine also has synergy with the next ingredient:

Creatine itself is a well-researched and must-have supplement.  Creatine Nitrate, on the other hand, only has one published study.  This study shows no benefits of using the nitrate version over any other creatine versions(source).

For the moment, creatine nitrate is not worth the extra money, when you can buy Creatine Monohydrate for next to nothing.

L-Arginine itself is poorly absorbed, which is why this AKG version came about.  However, I have tried both AAKG and l-arginine, and they did nothing for me except make my wallet lighter.  On top of that, there aren’t any studies that really prove that supplementing with Arginine AKG helps with anything(source).  Save your money and skip on supplementing with AAKG for now.

So even though these aren’t optimally dosed, they aren’t garbage.  What else does C4 have to offer?

Is C4 Preworkout Safe?  Let’s take a look into the “Explosive Energy Blend”

The “Explosive Energy Blend” is what is known as a proprietary blend.  Proprietary blends allow manufacturers to hide the amount of ingredients in their product.  Most manufacturers will claim that this is to “protect their formula,” but more often than not, it is so they can rip you off.

Example:  Say you make a proprietary blend of a 3 ingredients which includes: Vitamin C, Magnesium, and Expensive Herb #3.

All you have to write on the label is the total weight of these ingredients.  Let’s randomly choose 700 mg for our blend.

Well, it just so happens that Expensive Herb #3 is only active in the amount 500mg.  With the proprietary blend, the consumer doesn’t know how much they are taking.  So theoretically, there could be 600mg Vitamin C, 50mg Magnesium, and a wimpy 50mg Expensive Herb #3.

Not enough to make Herb #3 active, but enough to rip the consumer off.

Guess what?  The price tag of the supplement will be much higher because they can market it as a special formula that contains the hot and popular Expensive Herb #3.

Even though they are ripping you off and giving you a sub-par dose of it, you will never know.

The manufacturer pays $5 for the raw ingredients, and then charges the consumer $50 for a $45 profit.

And the crazy part is…

People will buy it.   Lesson to be learned – be weary of proprietary blends.

Now, back to C4’s Explosive Energy Blend.  The blend contains 741mg of ingredients.  We can see from the list, that they have some of the same ingredients that are listed above the blend.  These include “Vitamin C, Niacinamide, Folic Acid, and B-12.”

It is unclear whether they add additional amounts of these vitamins, or if these are the same amounts as stated above the blend.

P-synephrine is used to increase fat loss and decrease appetite without increasing heart rate.  It actually has a lot of studies backing it’s usage. Here is a Bitter Orange (30% Synephrine) Supplement where you actually know how much of the active ingredient you are ingesting.

The power of caffeine is well-known.  Caffeine increases heart rate, alertness, and enhances dopamine transmission in the brain.  Isolated caffeine pills are also dirt cheap.  I drink coffee for my caffeine boost.

NALT is a potent precursor to l-dopa.  L-dopa is then directly converted into the neurotransmitter dopamine.  So now we have both caffeine and Tyrosine acting to increase dopamine levels.

They say their Mucuna is standardized for L-dopa, so we’ll roll with that.  L-dopa is a direct precursor to Dopamine and is commonly used to treat Parkinson’s disease.  I have taken a l-dopa standardized product before and can attest to its power.  Within minutes I found myself feeling very energetic, with a strong desire to workout and flex my muscles.  My libido also shot through the roof…and then some.  I took this supplement before I knew about its hidden dangers.

L-dopa’s powerful effects on dopamine are both what makes it useful and risky.

It can raise your HGH levels and Testosterone, while giving you immense energy.  Seems perfect, right?  Well, there is also the chance that l-dopa will cause tardive dyskinesia(source).  But luckily, this doesn’t normally occur in healthy people.

C4 has 3 ingredients that all serve to dramatically increase dopamine in the brain.

The other ingredient, Vitamin B6, is used as a cofactor to convert L-Dopa straight into dopamine in the brain.

Vitamin C serves the purpose of converting dopamine into norepinephrine.  Norepinephrine is the stress hormone that stimulates heart rate and is the cause of the fight-or-flight syndrome(source). 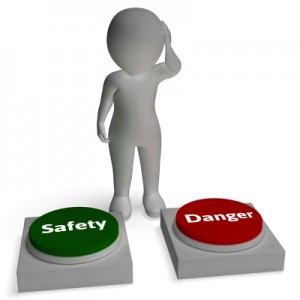 It is never a good idea to mess with your brain’s delicate balance of neurotransmitters.  Your brain and your body always strive for BALANCE.  They call this balance homeostasis(source).

What happens when you take caffeine, tyrosine, mucuna, and these cofactors?

You raise your dopamine levels beyond normal levels.  You disrupt the balance.  Taking this much dopamine causes levels of your other important neurotransmitter, serotonin, to drop.

One sign of waning serotonin levels is if you find yourself having a harder, and harder time falling asleep.

Not only should you be concerned about your serotonin, but what do you think is going to happen once you stop taking this product that jacks up your dopamine levels?  Do you think you will feel normal?  Probably not.

The longer you boost dopamine, the longer the “hangover” period will be once you stop.

If you are interested in learning more about neurotransmitters, their importance, and how to balance them naturally – then I highly suggest reading The Edge Effect.  This book is perfect for learning all there is to know about the 4 major neurotransmitters in the brain.

How do I prevent my serotonin levels from dropping?

It sure does seem like a lot of trouble to go through just to take a supplement that you would assume is safe, right?  Well that’s the reality…

What makes it worse that we have no idea how much of these substances you are actually ingesting when you take C4.

Without knowing the amounts it is hard to attest to the safety or danger of this product, BUT I can say with certainty that combining both N-Acetyl-L-Tyrosine and Mucuna is overkill and will eventually result in depleted serotonin levels.

To Sum It All Up:

Is C4 Preworkout Safe? – Not Quite.

Is C4 Preworkout at least priced fairly? – Not Really.

Q) “How long can I take C4 before my serotonin levels will drop?”

A)There is no way to tell how long it will take for this supplement to start depleting serotonin levels.  It is dependent on so many variables, and individual chemistry is always a major factor.  There is a chance you could use this supplement everyday for months and be fine, but there is also a chance you could use it for one week and completely screw over your brain’s balance.

Q)”Why do you not think this product is worth it?”

A)This product is currently $22 for a month supply, and that is assuming you take the minimum dosage which is 1 scoop.  The label recommends taking 1-2 scoops based on how much you can handle.

Taking 2 scoops, obviously, doubles the cost for a month’s supply to $44/month.  Plus, when you take more than one scoop you are increasing your risks of negative side effects.  You can purchase the ingredients in C4 for much less than they charge for this formula.

What do I recommend?

My main recommendation is to not bother with this supplement.   But, if you do bother with it, then bother sparingly.

Instead, I think that your money would be better spent buying bulk beta alanine and creatine monohydrate.  For $30, you can buy a 3 month supply of both of these supplements and use them at their intended doses.  You could also throw in a cheap, yet effective caffeine pill for a preworkout energy boost.  Personally, I avoid consuming more than 200mg caffeine in one day.  So in my case, no more than two coffees.

*Important Notice*If you currently own this product, you need to check and make sure it does not contain 1,3-Dimethylamylamine.  This chemical is banned by Federal Law, but there is still a chance that you own a product from an old C4 batch.  New batches of C4 DO NOT contain 1,3-Dimethylamylamine.  This chemical can make you test positive for amphetamines and was found in other popular preworkouts like 1MR and Jack3d – products which I described as “stimulants stimulating stimulants.”*

That concludes this article.  I hope that you exercise caution in whatever you decide.

At least now you know what you are getting yourself into!